2018 should be a good year for web-connected, speech-controlled “smart speakers,” while podcasts will continue to gain ground. But the bloom may be off the rose for music-only streaming services, due to market saturation and listening alternatives.

That’s what the European experts interviewed for Radionet’s 2018 streaming media look-ahead had to tell us. They were: James Cridland, publisher of podnews.net (a daily news site about podcasting and on-demand content); Nick Fisher, co-founder of Hook Research (a media/strategy consultancy that works with media players globally, including the BBC); Sam Harris, Insights and Engagement manager at Hook Research; and Michael Hill, managing director of the nonprofit.

With their ability to search the web guided only by their users’ spoken instructions, “smart speakers” such as the Amazon Echo (Alexa), Apple HomePod and Google Home make it easy for people to find the streaming audio they prefer online. And now that the 2017 gift-giving season has brought smart speakers into listeners’ homes, our experts are expecting these devices to get a workout during 2018.

“Smart speakers will continue to make the noise in this market, if you’ll pardon the pun,” said James Cridland. “They have the capability to get live radio into new rooms in the house, and are seen by many as a voice-controlled replacement for the tabletop radio,” he said.

“These devices are obviously important, and they offer extra functionality beyond an app on one’s phone,” said Sam Harris. “Moreover, as Amazon, Apple and Google go through multiple iterations of their smart speakers, voice recognition and sound quality will get better.”

Michael Hill believes “Smart speakers are significant, and are a good thing for radio — but only if we can stay in control of the interface, and avoid ‘over-the-top’ monetization.” Hill also points out that there are “significant user experience challenges to overcome.”

As well, smart speakers have yet to gain the same status as tabletop radios, which are still “must-have devices” in many listener homes. “As a result, smart speakers are, currently a ‘useful’ rather than ‘essential’ interface in the household,” Nick Fisher said. Worth watching for: “As penetration grows further, expect there to be a bun-fight about which smart speaker manufacturers ‘own’ certain words; and therefore come on top of smart speaker searches online,” he said.

All four experts interviewed for this article agreed that podcasts will likely continue to grow in popularity in 2018. There is so much public interest in these story-driven audio recordings (either streamed by listeners or downloaded on-demand), that “podcasting companies have attracted investment, and are increasingly making mainstream media,” explained Cridland. The Radioplayer streaming platform is used by the BBC and other U.K. broadcasters.

For all their idiosyncratic variety, successful podcasts have one thing in common: authenticity. The audio content provided by podcasts — many of which are produced by individuals making them for love rather than money — strikes a chord with listeners seeking “real” stories in a mass-produced mainstream world.

“Podcasts are places where passionate individuals can deep-dive into topic areas that might have been considered too niche by traditional media outlets,” said Fisher. “We have recently completed some research into young, professional men around the U.K., and podcasts came up repeatedly as the content that best ‘gets’ their modern lifestyles; from the rapid-fire banter they have in their own friendship groups, to offering an exploration of the alternative topics (in terms of gender stereotypes) that they are becoming more interested in,” he said. 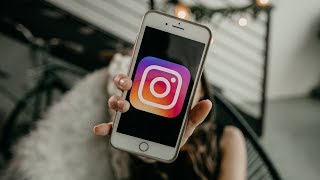